skip to main | skip to sidebar

I am simultaneously reading Madeleine L'Engle's A Circle of Quiet and Thich Nhat Hanh's Peace is Every Step, and happily discovering the similarities in their ideas.
Posted by clara at 7:23 PM No comments:

After two weeks spent at home-home (two glorious weeks!), suitcases and boxes are getting re-packed to prepare for the move down south. It's been a beautifully cool early summer here in the generally dusty dry Central Valley. Yesterday I took a drive with friend J, towards California Hot Springs, and was amazed by the colors still cloaking the hills. We drove past pale greens, patches of blue, purple, and yellow. 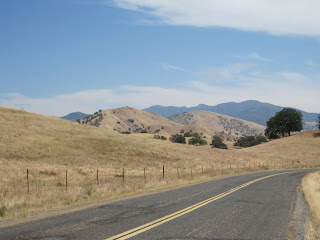 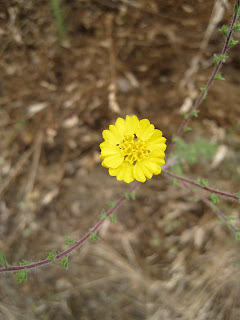 I don't know if I will continue writing here; it was mainly to fill folks in on what was happening while I was away, but maybe I will continue to share photographs or other things that catch my fancy.

So this will be brief! Here is a view of spring, taken last week in Derry. That day, the whole world felt green. 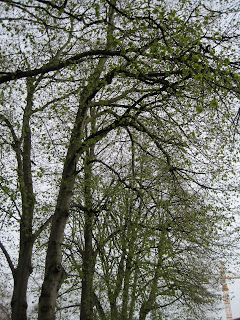 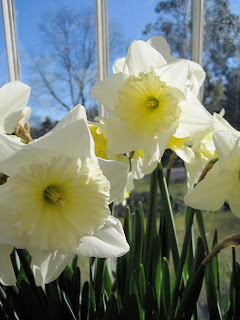 For oft, when on my couch I lie
In vacant or in pensive mood,
They flash upon that inward eye
Which is the bliss of solitude;
And then my heart with pleasure fills,
And dances with the daffodils.

This poem was up in my host mom's house in the North, and I'd always been a little biased against it (for silly reasons, really - I guess I'd felt it was cliche). But reading it in that house in Derry made a big impression on me, and I find myself coming back to it often.

On the subject of flowers - my walk to the DART station these days is colorful and bloomy - springtime has truly sprung! I'll have to bring my camera with me one morning and share the view.
Posted by clara at 4:16 AM 2 comments:

I could write a novel, but I won't. My energy is gone and has been gone for weeks, it feels like.
Our three weeks in the North were divided up into several different parts. We went to Armagh, Belfast (and a brief, glorious weekend at Corrymeela) and finally Derry. I think that I felt the most at home in Belfast - maybe because we stayed in dormitories, and I felt as if I had a space of my own. I can't say that I got to know the city very well during 9 days, but I found places that I could sort of lay claim to (the fruit and veg shop down the street from the college, for one). I think I will return there for two or three weeks in April to do research for my big paper.

Corrymeela was a beautiful burst of sun and sea and being able to sink toes into grass and laugh unrestrained. 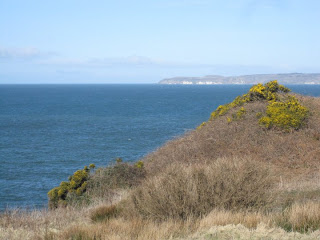 We were in Derry at a tense time - the Bloody Sunday inquiry was due to be released (but was pushed back again, much to the frustration of many), dissident activities were picking up again, and it was St. Patrick's day, which meant that a lot of Tricolors were flowed and worn. Everyday life wove itself in with all of this.

Coming back to Dublin felt a bit like coming home. Meabh looked at me with big eyes and said, "I missed you. We didn't play ANY cards while you were gone."
And after three weeks away, the trees have suddenly bloomed and front lawns are dotted with snowdrops and daffodils.
Posted by clara at 2:49 PM 3 comments:

Ceasefire
by Michael Longley, a poet from Belfast
I
Put in mind of his own father and moved to tears
Achilles took him by the hand and pushed the old king
Gently away, but Priam curled up at his feet and
Wept with him until their sadness filled the buidling.

II
Taking Hector's corpse into his own hands Achilles
Made sure it was washed and, for the old king's sake,
Laid out in uniform, ready for Priam to carry
Wrapped like a present home to Troy at daybreak.

III
When they had eaten together, it pleased them both
To stare at each other's beauty as lovers might,
Achilles built like a god, Priam good-looking still
And full of conversation, who earlier had sighed:

IV
'I get down on my knees and do what must be done
And kiss Achilles' hand, the killer of my son.
I read that poem today; it was hanging on the wall of a mediation center.
Here I am, in Northern Ireland. I'm staying outside of the Belfast city centre, at a teacher's college, though the group is in Belfast proper for most of our days. We began our time in the North in the border area of South Armagh, traveling up to the city almost a week ago. I can focus on writing about little things, like the plants growing through the cracks in the sidewalk, or the robin I saw this morning, or my newfound love for beans on toast. But not the bigger things. I think I am beginning to understand now why one of our speakers at Glencree laughed (bitterly?) when he spoke about the term "post-conflict." What does post-conflict mean? Is that what you call it after people stop killing each other? I don't know.
Posted by clara at 12:20 PM 3 comments: 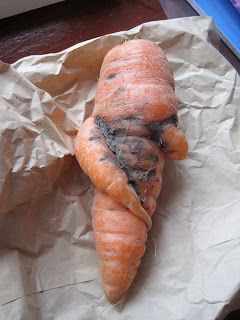 I'm not sure if this carrot is graceful or grotesque, but I am a fan of the way it decided to grow. On Sunday afternoon, I made my way to the weekly market in Dun Laoghaire (Dun Leary or in Irish, pronounced something like Doone Lerah). It's only a 20 minute walk from the house, and held in a park that borders the sea. I bought a generous veg curry for lunch and walked around like a kid in a candy store bull in a china shop fusion. I wasn't alone; I think everybody was crashing into each other to some degree as they ogled everything.
Food! Books! ...! Thai food, Chinese, Japanese, Indian, Middle Eastern, German (German bread, mmm); there were tables displaying jewelry, tables with cakes, fudge, a fairly large organic produce section (see carrot), used books, stands that sold various herbal teas and cider (brandied or un-brandied)... oh, I could go on.
Today I purchased a magical expanding backpack for the journey north. The group will be in Armagh, Belfast, and finally Derry for the next three weeks and it would be good to travel light; I always get stressed out about luggage. So hopefully this magical expanding backpack will prove to be magical enough!
I leave you with one of my favorite graffitis in the city. 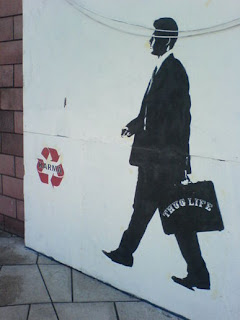